There is overwhelming evidence to support the existence of dark matter, but its existence is still a mystery to physicists. A method called Indirect detection remains one of our best hopes for experimentally detecting particles of the elusive Dark Matter (DM). The idea behind indirect detection is that dark matter particles could be annihilating with each other in outer space, creating high energy particles that  we can detect here on Earth. Even if their annihilation produces exotic particles. Because they are so far away, we can only observe the the stable ones that result from their decay. Stable particles we currently have methods to detect include electrons, protons, neutrinos, their antiparticles, and photons. There are currently experiments that actively look for each of these types of particles, but photons have many advantages over the rest. The paths that electrons and protons travel  bend due to random magnetic fields in space, so we cannot trace them back to their point of origin, while neutrinos are extremely hard to detect.

Photons on the other hand can be traced back to their point of origin, and we can check whether that’s somewhere where we expect a lot of dark matter to be, like the center of the galaxy. We can also use the amount of energy each photon carries to find out whether it matches the typical energy we expect to be released from dark matter annihilations.

Gamma rays are a form of electromagnetic radiation. Its energy is measured in billions of electron-volts, and are arguably the most promising type of photon to look for. The most sensitive experiment for observing such gamma rays is the Large Area Telescope on the Fermi Gamma Ray Space Telescope spacecraft, abbreviated as Fermi-LAT. Fermi-Lat has good angular resolution, meaning it can differentiate between two objects with clarity, so it is possible to determine the origin of a gamma ray even when it is very far away. It can also precisely determine the energy of the gamma rays.

There has been a good deal of excitement in the particle physics community since 2009 that just such a signal may have been observed. At the time, two physicists (Hooper, Goodenough) analyzed the data made public by Fermi-LAT and claimed that the number of gamma rays in the energy range of 1-10 giga electron-volts (GeV) coming from the center of the Milky Way was greater than expected, and that the spatial distribution and energy spectrum of the excess gamma rays matched a potential signal arising from dark matter annihilations.

Since then, Fermi-LAT has continued to release additional data, and many more papers have been written with increasingly more sophisticated analyses, attempting to characterize how confidently one can claim an excess. The main problem is that we do not have a baseline number of how many gamma ray photons we ought to see when there are no dark matter annihilations, which makes it difficult to determine when there is an excess.

Many objects in space can generate gamma rays, including pulsars which are remnants of supernova explosions. Since they are very small and they only emit radiation in a direction close to their axis of rotation, pulsars are very hard to detect, and we do not know how many of them are out there, especially in as crowded and unfamiliar a region of space as the center of the Milky Way. It is not implausible that a group of pulsars could emit the gamma rays of interest and be mistaken for dark matter.

A recent paper by the Fermi-LAT collaboration attempts to get to the bottom of this mystery. Using the latest data set and improved models, they claim to have identified new point sources of gamma rays close to the center of the Milky Way, nearly doubling the number identified prior to this analysis. They then proceed to select pulsar candidates among these new sources, based on their emission spectra, that can contribute to gamma ray excess. These pulsar candidates are separated into two classes: those lying in the disk of the Milky Way, and those that belong to the bulge near the center. The pulsars at the center are distributed in such a way that the gamma rays they emit could mimic dark matter annihilations. The results of the analysis show that gamma rays previously thought to be dark matter may just be a false positives generated by pulsars.

The matter is by no means settled however, and several criticisms have been raised against the methods used in the paper. For example, the inferred number of bulge pulsars can depend strongly on the specific theoretical model used in the analysis. It should in fact be noted that a number of scientists in the Fermi-LAT collaboration chose not to add their names to the list of authors of this analysis.

Where then do we go from here? The best hope for confirming the conclusions of the analysis may be to confirm these new pulsar candidates in other experiments, observing the sky at different wavelengths. Pulsars don’t just emit gamma rays. Though there is no guarantee, the radio waves they emit may be detected using telescope arrays like the Square Kilometer Array (SKA). The SKA is planned to become operational in the early 2020s and will provide observations of radio waves with great precision. Such data may be able to confirm the observations of the recent Fermi-LAT analysis. It appears that we may need to wait several more years before we obtain a clearer understanding of whether we may have finally detected dark matter. 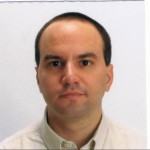 Edited By: Gina Riggio
Source: Characterizing the population of pulsars in the Galactic bulge with the Fermi Large Area Telescope
Publication Date: Appeared on arxiv on 4/28/2017, Submitted to Astrophys.J.