Scientists and philosophers have been asking questions about who we are and where we came from for thousands of years. These questions have only become more detailed with time. Since the 19th century, modern technology has helped scientists search the fossil record to learn about our history. When did simple life become more complex, such as the modern animals we see today? A recent study may have uncovered evidence for one of these turning points.

At Nilpena National Heritage Site, South Australia, scientists discovered new fossils that have never been seen before. They took photos of fossils with a digital camera and used a three-dimensional (3D) laser scan to do the detailed morphological examination. By using 3D laser scanning technology, the scientists created 3D images of the fossils and determined their sizes and shapes.

The fossils were very small and had a long oval shape. They had the length of 1.9 to 6.7 mm (0.08 to 0.26 inches) and width of 1.1 to 2.4 mm (0.04 to 0.09 inches). One end of the fossils was significantly smaller and more curved which shows a difference between its front (anterior), and back (posterior) ends. We can imagine it like a worm, as you can see from my drawing right below.

To honor the place where the fossils were found, researchers named the organism as Ikaria wariootia (only Ikaria from here). “Ikaria” is the name of Wilpena Pound in the local language, Adnyamathanha, which means “meeting place”. The species name “wariootia” comes from Warioota Creek.

But why is this animal different? What is important about it? Animals that are symmetrical, with a digestive tract, a mouth at one end, and an anus at the other are called “bilaterians”. Most animals are bilaterians, even humans. The earliest bilaterians have been seen  in the fossil records of the Ediacaran Period, 571 to 539 million years ago. The researchers think that Ikaria could be the last common ancestor of bilaterians. The last common ancestor would be the link between the organisms that lived in the Ediacaran period and modern animals.

Why do scientists think Ikaria is the last common ancestor of bilaterians? Scientists compare organism’s genetic code to see how much they are related to each other. When they compared genetic codes of modern animals to see the difference between them, they discovered that the genetic code of development of animals are very similar in fact sometimes almost identical. So, they predicted the ancestor of all bilaterians was somewhat complex and has eyes, a segmented body, external body parts (for example legs and antenna), and a heart. When nonbilaterian animals and their ancestors are also taken into consideration with this prediction, scientists suggest that the ancestor of bilaterians was a simple, small, mobile organism with anterior/posterior differentiation. And Ikaria fits this definition very well! 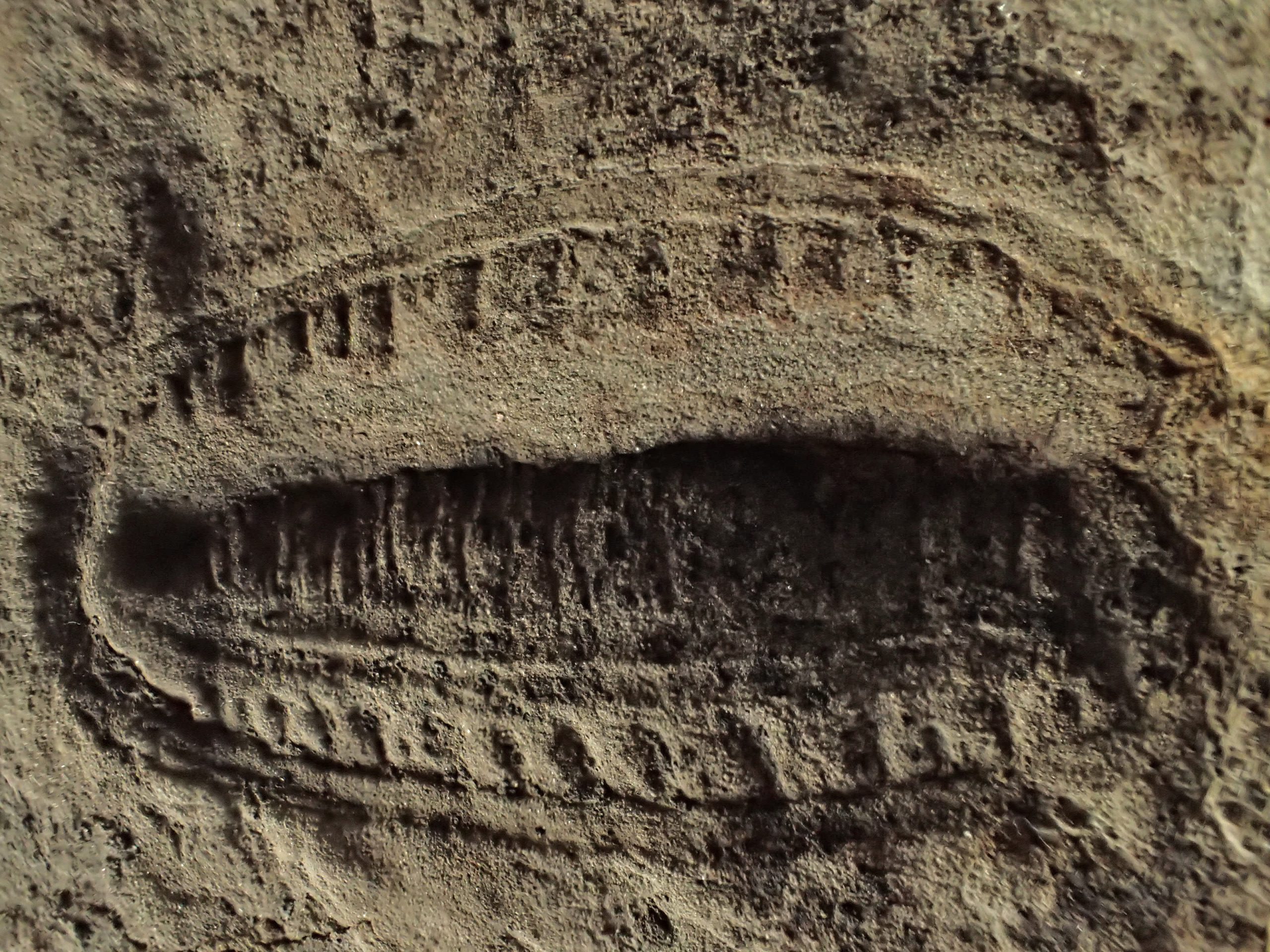 There are other kinds of fossils that are indirect evidence of organisms, which we call “trace fossils”. Footprints and burrows are some examples of trace fossils. Scientists accept small furrowed trace fossils as bilaterians in Ediacaran Period organisms. Considering these fossils are millimeter-scale, they are very difficult to observe and rare in the fossil record.

Why is this important for us? Because, the predictions about the ancestor of bilaterians comes from analyzing the modern animals and trace fossils from Ediacaran times. Researchers found trace fossils next to the Ikaria fossils. These trace fossils were named “Helminthoidichnites” and look like they could have been mobile animals. The size and morphology measurements showed that Ikaria could be related to Helminthoidichnites.

Also, Ikaria is the only known organism that could have lived at the same time as Helminthoidichnites. Geological studies suggest that Ikaria could be 560 to 551 million years old, based on the position of Helminthoidichnites and Ikaria between the layers of rocks.

As a summary, the article proposes that Ikaria wariootia is the organism that created at least some of the trace fossils of Helminthoidichnites, and is the oldest bilaterian that has been found in South Australia.

Scotty is the oldest and biggest T. rex ever found A tyranosaurus rex's unearthed fossils reveals a fairly complete set of bones including a hips, limbs, and a complete skull, allowing scientists to get better measurements than ever before.

Original study: Discovery of the oldest bilaterian from the Ediacaran of South Australia

The study was done at: University of California (USA), South Australia Museum (Australia)

The study was funded by: This work was supported by NASA Exobiology Program Grant NNX14AJ86G (to M.L.D.) and NASA Earth and Space Science Fellowship Program Grant NNXPLANET17F-0124 (to S.D.E.). S.D.E. and M.L.D. were supported by the NASA Astrobiology Institute under Cooperative Agreement NNA15BB03A, issued through the Science Mission Directorate.