A satellite constellation is a group of artificial satellites, working together. In the coming decades, companies like SpaceX, and Samsung are planning to launch a number of satellite constellations. These satellites will allow users to enjoy more reliable connectivity, independent of their location throughout the globe. It is highly anticipated that most satellites in this artificial constellation will be miniature. By contrast, most of these satellites will weigh less than 500 kg. Scientists use tools such as artificial intelligence and machine learning to make sure that satellites can work together so they don’t have to be frequently repaired or managed by people.

Researchers at University of Bologna, Italy explain in a recent peer-reviewed paper how miniaturized satellites can be applied to space exploration as well as trends in the field to inform other scientists and engineers of what technical challenges still need to be overcome. 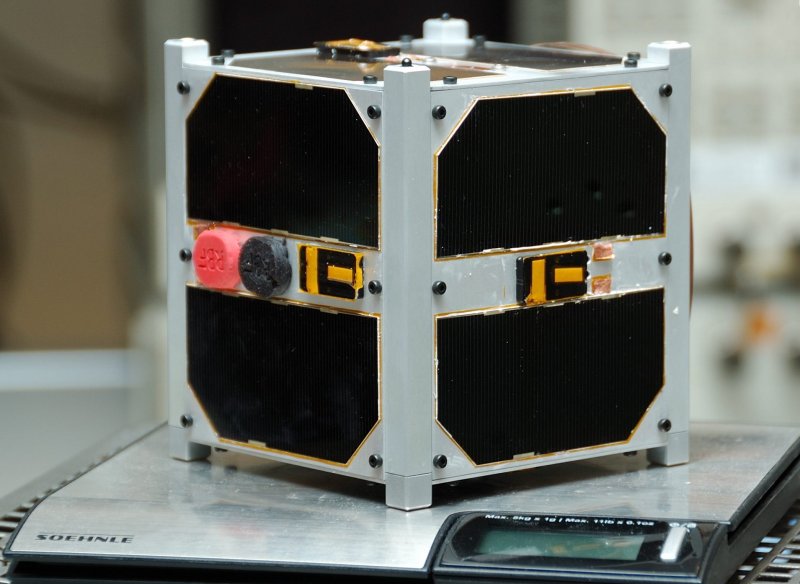 An example of a miniaturized “nano” satellite, called the EST-Cube-1. It is small enough to hold in your hand. Source: Wikimedia Commons.

They begin their review by explaining the history of satellite constellation technology. Two satellite companies, GlobalStar and Iridium, were the first to launch satellite constellations. Even though these satellites provided reliable communication services, they were too expensive to launch and maintain. So, the projects were folded.. It was not until the concept of miniaturization was introduced that the idea of global connectivity by satellite could be revisited.

Researchers are now able to predict the number of satellite launches per year by referring to the data of the Starlink project. Starlink is a project initiated by SpaceX, in an attempt to provide high speed internet connectivity to rural and urban communities independent of their geographical location on earth. The company seeks to complete its project by launching a series of smaller satellites by the end of 2024. .

Similar to SpaceX, other companies are now also revealing their satellite constellation projects. The authors estimated that most of the launches of these projects will be completed by 2022 in LEO (Low Earth Orbit) and MEO (Medium Earth orbit). A LEO is the orbit around the earth with an altitude of 2,000 km (1,242 mi) or less above sea level. In contrast, MEO is the orbit around the earth which extends from an altitude of 2,000 (1,242 mi) to 35,000 km (21,700 mi) above sea level. By 2024, it is estimated that additional 8,000 satellites will join the company of currently revolving satellites.

To coordinate such a large number of satellites, large ground infrastructures along with developed artificial intelligence and machine learning will be needed to monitor and control the satellites. From the proposed projects it appears that approximately 50% of constellations will include satellites as small as watermelons (nano) or lawn mowers (micro), while some are as big as a pickup truck (medium) or house (large). Size is important. Companies prefer smaller satellites, because they offer greater flexibility and reduced cost compared to larger satellites. 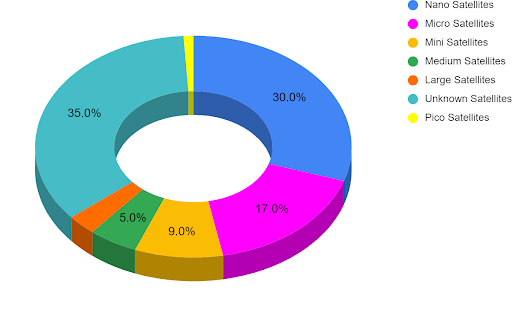 Nano and micro-satellites are among the most commonly used in constellations, except for those of unknown size. The researchers did not have enough information about those satellites to classify them.

Before deploying these large constellations, the paper authors urge the scientific community to consider a few critical challenges first. First, as there will be many more in orbit than ever before, engineers need to devise ways to keep all these satellites from crashing into each other. To eliminate such a problem, the author proposes the idea of an inbuilt automatic system within a satellite to provide necessary orbital correction. Second, they suggest an end-to-end IP-based communication strategy between satellites and receivers to prevent interference.

They also warn that an overcrowded orbit may affect ground based astronomical observations and even future space missions. To mitigate such a problem, they urge engineers to develop a precise automation system which could detect the health of a satellite and provide required maneuvers to dodge collisions.

Satellite Technology Can Help Keep an Eye on Global Fishing For the first time, researchers have mapped when and where the world’s commercial fisheries operate.

Original study: Large Constellation of Small Satellites: A Survey of Near future Challenges and Missions

The study was done at: University of Bologna (Italy)

The study was funded by: This research was internally funded by the University of Bologna