Stars begin their lives growing, just like all of us. But how do they grow? That has been a tough question to answer. Recent observations made by astronomers confirmed that when stars are young, a disk of gas and dust surrounds them and feeds them material to keep them growing. Though the details of this process were not clear, astronomers had used a theory for the past decades that gave promising results. Stars have magnetic fields just like the Earth does, and they appeared to play an important role in star growth. The theory stated that gas flows into the star in paths guided by its magnetic field lines. These lines are the same that iron filings form when close to a magnet. These movements of gas guided by the star’s magnetic field are called magnetospheric accretion flows and their existence is the core of the theory. This year, a group of researchers from the GRAVITY international collaboration used cutting-edge technology to look for these flows and put this theory to the test.

Excluding our Sun, stars are far away. Important details of their early life get blurry because current telescope resolutions are not enough to show what is happening. This is the issue astronomers run into when trying to figure out how stars grow. To solve this, researchers used a new instrument to study the star TW Hydrae, one of the closer young stars.

Researchers of the GRAVITY collaboration used the VLTI GRAVITY instrument to study star-disk interactions. It used 4 telescopes from the European Southern Observatory at Paranal Observatory in Chile. They programmed them to work together so that they were as powerful as a telescope with a 100-meter mirror, impossible to make with current technology. 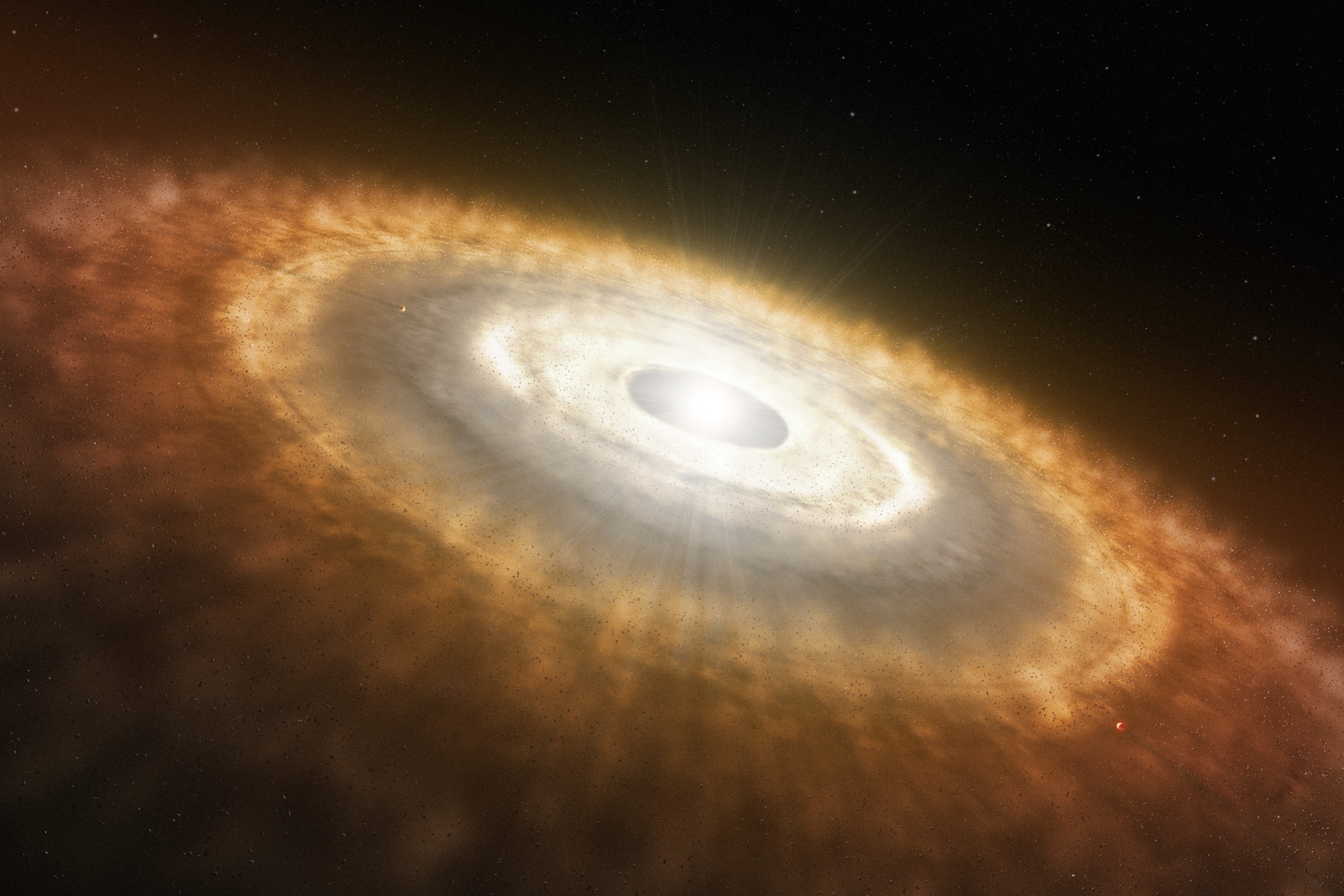 The VLTI GRAVITY instrument does not work like regular telescopes, which get direct images like human eyes do. Instead, it distinguishes, using a technique called interferometry, details so small that they wouldn’t be visible in a direct image. Other telescopes detect the same light but are unable to distinguish where in the observed stellar system the light comes from. This is of huge importance while studying star formation because the feeding process, the one where the disk transfers gas to the star, happens close to it. This means scientists need to look just at this region and separate its light from the rest.

When researchers used this new instrument, they found there was a distinctive feature in the light coming from around the star. It was a particularly bright ‘color’, known as a spectral line. This particular spectral line is produced when hydrogen gas heats up and moves around. There are three different ways gas would move in a young star system. Gas may be expelled at high-speed from the poles of the star in what astronomers call jets. Winds that originate all around the star may move the gas around. The way proposed by the theory tested by these scientists – magnetospheric accretion flows – suggests that magnetic forces move the gasses around. The next task was to decide which kind of gas movement had produced this feature around TW Hydrae.

Using something called the Doppler effect, astronomers can measure the speed of objects that emit light. This effect is the same that makes ambulance sirens change their pitch as they move towards and away from you. When applied to light, it gives information about how the object emitting it moves. With this, researchers realized that the source of the spectral line was too slow to be a jet and too close to the star to be a wind. This left accretion flows as the only known source possible of the spectral line. To confirm this result, researchers compared the expected location of the accretion flows in the stellar system to the location obtained by the new telescope. They found strikingly similar values that further confirmed the accuracy of their results. They provide the first direct measurements of accretion flows guided by a star’s magnetic field and give astronomers confidence in their current understanding of how stars form.

Original study: A measure of the size of the magnetospheric accretion region in TW Hydrae