Image Credit: "Lichen forest" by jim_mcculloch is licensed under CC BY 2.0
By Justin Dingman

Since the early days of space exploration, we have discovered new forms of life on Earth, other galaxies, and even solid water on a nearby planet. Still, there has been no discovery of life outside the planet we call home. Scientists have launched experiments to the International Space Station (ISS) in order to observe how Earth-based life responds to the harsh environment of space. Between intense UV-radiation, dramatic temperature swings, and vacuum-like pressures, the survival of life in space is difficult.

In order to investigate these effects on life as we know it, the ISS added a module called EXPLORE-R2 in 2014. This module allows astronauts to conduct biological experiments that can expose a variety of organisms, such as fungi, lichen, or bacteria, to a variety of conditions in space. EXPLORE-R2 does this by using a series of chambers and filters that allow scientists to adjust the gas concentrations, temperature, pressure, and UV-exposure an organism experiences.

Surprisingly, a series of experiments conducted by scientists on EXPLORE-R2 revealed that, of all the model organisms tested, a lichen species called C. gyrosa showed greatest resilience under space-like conditions. Lichens are similar to plants, but are actually algae and fungus working together. For example, they handle harsh environments well because they can survive after being dehydrated. A team of German, Spanish, and other European space agencies decided to study lichens’ adaptations and learn what other harsh conditions the lichen might be able to survive. 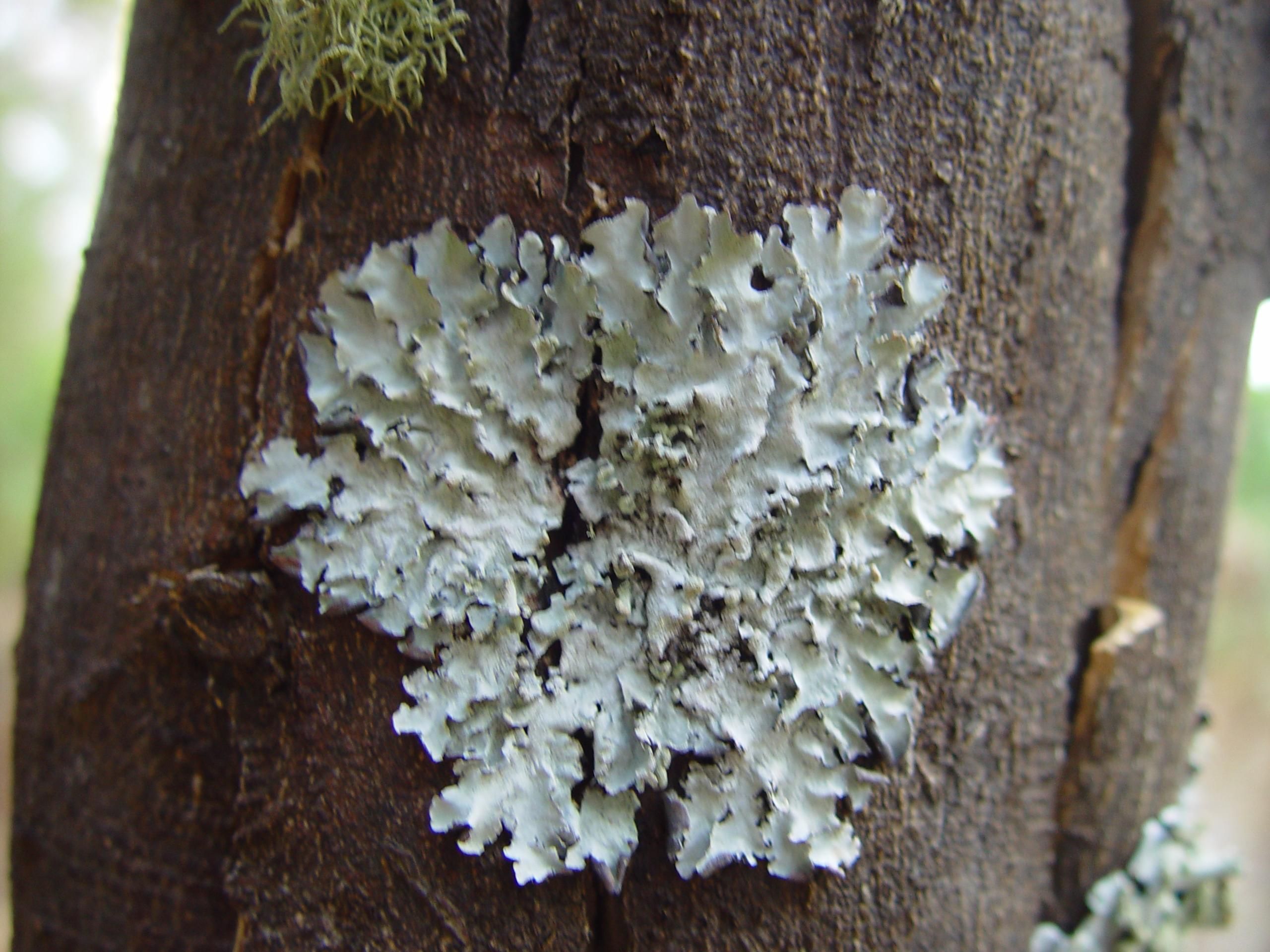 Leon Brooks / Public domain. Lichens on a tree trunk. You may have seen lichens before and didn’t know it!

The group of scientists carefully crafted three experimental conditions for the lichen. The experiments mimicked life on Mars, life during space flight, and conditions of low Earth orbit outside of the ISS.  This would allow for complete exposure to the radiation, temperatures, and the vacuum of space.

First, lichens need carbon, nutrients, and a surface (called media) to grow. In the lab, the scientists created two different types of media, one that mimicked Earth soil and one that mimicked Martian soil. Then, the lichen samples and their media were divided into two groups: a space group (the experiment) and a group that was to remain on Earth for comparison.

In order to mimic life on Mars, lichen was grown on a Mars-like soil media as the experimental condition, with samples of lichen exposed to either UV radiation, temperatures, or a Martian-like atmosphere. Lastly, they saved one lichen condition to expose to all of the Mars-like environments to determine which factors have the greatest effect. The same species of lichen was also grown on an Earth-like media similar to where C. gyrosa lives on Earth in order to provide a baseline of comparison for the experiment. Both the martian and Earth-like soil were exposed to similar environments to ensure that the studies were comparable. Then, they were cultivated on these two types of pellets in the dark of a space flight to the ISS, aboard the ISS, and in a lab back in Germany.

To test the space condition, lichens were grown on both Mars and Earth media using UV radiation, temperatures, and air pressure of space. They did this while flying to the ISS, aboard the ISS, and under simulated space conditions in that same lab in Germany. The lichens were exposed to these conditions for 18 months. Next, the scientists analyzed any physical, photosynthetic, or genetic changes in the lichens. They tested whether the lichen survived exposure to extreme conditions, and whether they could be restored back to life.

The scientists concluded that C. gyrosa was highly resistant to the conditions of space and Mars, and survived in both space-like, flight, and Mars-like environments. The lichen were most heavily affected by UV-radiation exposure and were least impacted by the vacuum, atmospheric, and temperature conditions of space and Mars. After exposure to these conditions for 120 hours, the lichen seemed to reach a comfortable stability and stopped changing and dying. Lichens have a unique property that allows them to resist harsh conditions

The conclusions from this experiment give astrobiologists hope that somewhere they may find living organisms that have been able to survive the temperature and atmospheric conditions on Mars. Life could be buried deep in Martian ice to avoid damaging UV-radiation and access underground water. These lichen experiments give us more clues about the limits of life, adding to our knowledge of what is possible.

Original study: Lichen Vitality After a Space Flight on Board the EXPOSE-R2 Facility Outside the International Space Station: Results of the Biology and Mars Experiment

Featured image credit: "Lichen forest" by jim_mcculloch is licensed under CC BY 2.0