For decades, women have turned to female contraceptives (birth control) to prevent unwanted pregnancies. For some women, side-effects can sometimes make this medicine unbearable. Aarhus University researchers wanted to understand the cause behind one common negative symptom —altered mood.

The success of birth control comes from two hormones: progesterone and estrogen. By maintaining constant levels of these two hormones, they prevent a rise in estrogen that would normally signal the release of an egg from the ovaries. The mucus lining of the uterus is also thickened to make it harder for sperm to reach an egg. Because birth control pills are a popular option with women, the researchers decided to investigate this contraceptive’s side effects.

The study had 185 American women fill out an online survey on their birth control use. The women also filled out demographic information and a psychological questionnaire that asked about their overall mood and happiness. To avoid any bias in results from other mental disorders, the Beck Depression Inventory was used to screen and exclude women suffering from clinical depression. After all the information was filled out, 12 milliliters of blood was collected from each woman. The blood samples were placed in tubes that were constantly mixed to avoid blood clotting.

There was one change the researchers did not expect: oxytocin. Oxytocin is a hormone produced in our brain and released in the body to increase social behavior. This hormone promotes trust and emotional attachment with friends, family, a newborn baby, and romantic partners. In this study, oxytocin levels were higher in women taking birth control versus those who did not. 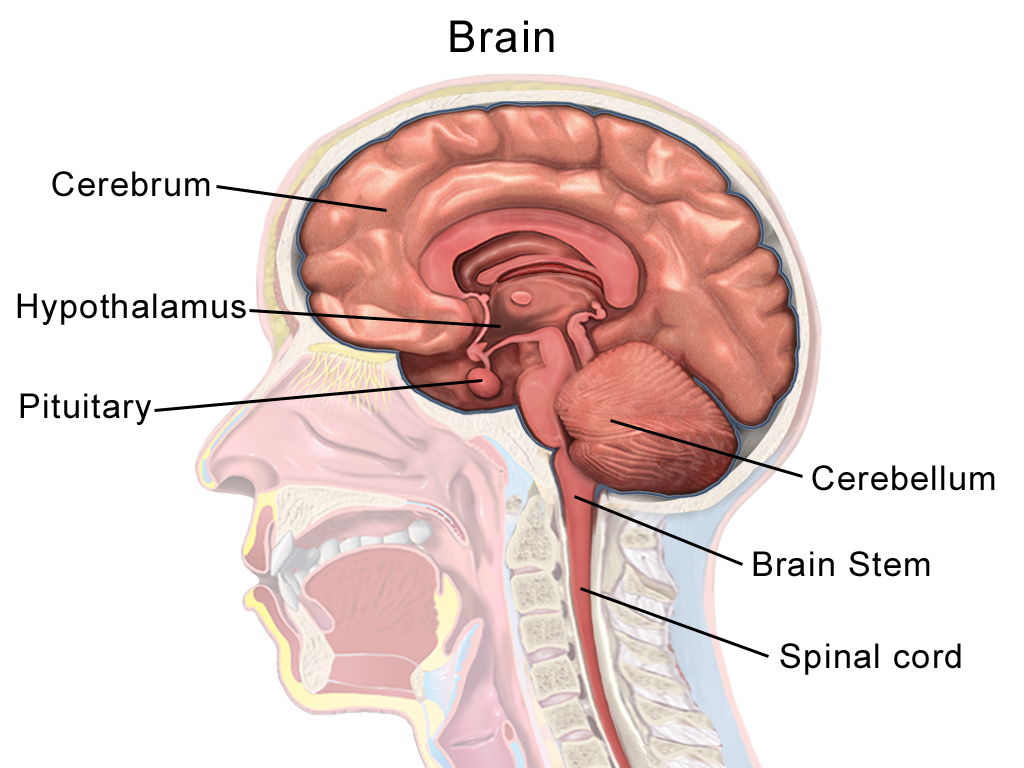 Oxytocin is produced in the hypothalamus and released in the pituitary gland. Image Credit: BruceBlaus / CC BY-SA

Oxytocin’s effect on mood was evaluated through the Satisfaction With Life Scale. This test presented 5 statements such as “In most ways my life is close to my ideal” and users rated their agreement with 1 being “strongly disagree” and 5 being “strongly agree.” A high score would mean a person is happy with their life and a low score would mean unhappiness. Evidence of oxytocin affecting mood is shown as women with birth control showed a higher satisfaction with life than women not taking birth control. There was also a correlation between being in a sexually active relationship and having higher life satisfaction.

As birth control users reported higher satisfaction in life, it is possible there was survivorship bias. The study focused on women who continued using birth control, which may have overlooked women who experienced negative symptoms and stopped birth control use earlier. Oxytocin levels also fluctuate during a woman’s menstrual cycle, which the researchers wouldn’t be able to control. This makes it difficult to compare the extent of oxytocin level differences amongst birth control users.

The body has a delicate balance of hormones, and birth control is used to regulate reproductive hormones to prevent pregnancy. Despite limitations, this study suggests oxytocin could disrupt the balance. The researchers conclude that oxytocin could help explain why some women experience changes in mood.

Cortisol, not testosterone, can help you get a date Study finds that increased cortisol before, but not during, a speed-dating event makes men more popular with women. It depends on timing.

HIV pre-exposure prophylaxis: what is it, and why aren’t women using it? Stigma is a main barrier to using PrEP among women attending Connecticut Planned Parenthood locations

The study was done at: Aarhus University (Denmark)

The study was funded by: John Templeton Foundation

Raw data availability: "The datasets generated during and/or analysed during the current study are available from the corresponding author on request."