Wetlands are an extremely important environment on Earth for many reasons, but in particular they are the single largest natural contributor of methane to the atmosphere. Methane (CH4) is a greenhouse gas that is ~30 times more potent than carbon dioxide. In boreal climates (see image below) characterized by short mild summers and long winters, wetlands can also store 20-50% of the Earth’s organic carbon. Because of this link to carbon storage and release, they are dynamic systems that scientists need to study more fully to understand how they may contribute to global climate change. 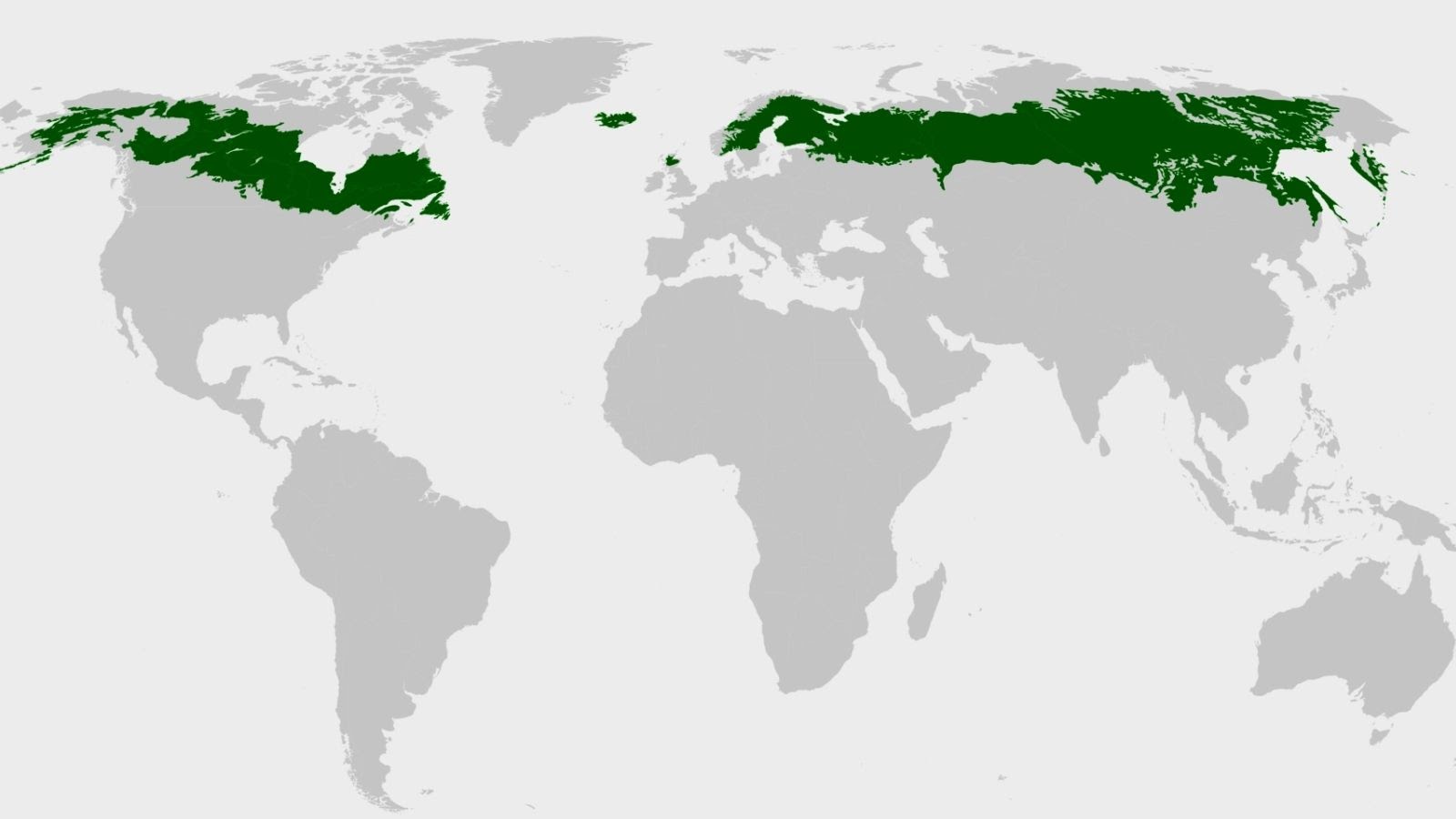 Sulfur is another compound found in wetlands. In marine settings, sulfur chemistry and methane are linked, but it has not been well studied in wetlands. Scientists from the University of Minnesota wanted to understand how the transformation of sulfur compounds in wetlands impacts methane production.

At their field site in northern Minnesota called Second Creek, the water is notably impacted by high levels of sulfur in the form of sulfate. Samples were taken in the narrow stream and the two nearby wetlands in June and August 2016. They first inserted PVC pipe into the ground and into the stream bottom to pull up ‘cores’ of sediment, which work like push pops. Once they had these cores, they extracted the water sitting within the pore spaces between sediment grains at the top and bottom of the core.

Back in the lab, they measured the levels of dissolved iron, sulfur, and methane in the water using “colorimetric” methods, otherwise known as chromatography. Ion chromatography was used to measure iron and sulfur, and gas chromatography was used to measure methane. They also surveyed which microbes were present at different depths in the core by extracting the DNA from the sediment using kits in the lab. They note that they did not determine whether the microbes were active, only if they were present.

The authors saw that different depths in the sediment cores showed different communities of microbes. They also identified different communities between the creek and nearby wetlands. From this, the authors found that important processes were taking place in the porous sediments just beneath and alongside the creek, known as the hyporheic zone. The hyporheic zone is where creek water and deeper groundwater interact. The mixing of creek water and groundwater in the hyporheic zone can control the amount and form of sulfur, iron, and carbon in the area. These compounds can then be used by microbes and influence which ones can survive.

Cross section of land with a stream, showing where the hyporeic zone is. By Elibaio91, CC BY-SA 4.0

While humans breathe oxygen, some microbes can ‘breathe’ other compounds like sulfur or iron. The researchers found bacteria that were likely able to breathe sulfur, and other microbes that might be able to create methane. However, they also found some that likely consume methane for energy. The authors note that because they found these potential methane-eating microbes, not all methane produced in wetlands may make it out to the atmosphere.

Some microbial communities living in wetland sediments might actually help to limit methane release through their ability to link sulfur-breathing with methane consumption. The scientists suggested that there is a more cryptic, or hidden, sulfur cycle linked to iron and methane that is not easily detected but might influence methane escape from wetlands.

By examining water flow in the creek and nearby wetlands, they noticed that the escape of methane was linked to the flow. In order to predict how much methane is coming out of a wetland system, the authors noted that future work should focus on the flow of water and which microbes were not only present but active. Ultimately, this study helped to understand a little bit more about how and why the potent greenhouse gas methane might be released from boreal wetland systems.

Using Reishi mushrooms to filter methane out of the atmosphere Both living and dead fungi were tested for their ability to capture methane from the atmosphere. Surprisingly, dead fungi performed the best and have high potential for reducing methane levels.

Caves Host Gooey Biofilms Built by Methane-Eating Bacteria Scientists try to understand the composition of snottites, which are collections of bacteria named for their resemblance to boogers.

The study was funded by: ﻿Department of Earth Sciences and MnDRIVE Environment (UMN-T